Today is International Women’s day. To celebrate this momentous day, let us look back in the life, and inspiring quotes, of three of the most inspiring women in television. 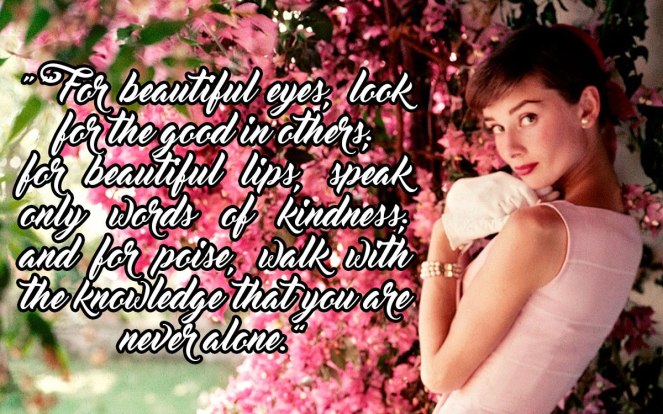 As known to many, Audrey Hepburn is the star of the movie Breakfast at Tiffany’s which motivated women to show up at Tiffany’s with a bag of pastries at hand. She is truly a Hollywood sweetheart as she is an EGOT, an Emmy, Grammy, Oscar and Tony awarded artist.

Aside from her exceptional performances, she has been changing the world since she was a teenager. She and her mother lived in Holland during the war. Her envied slender figure is a result of malnourishment during adolescence when the Nazis cut their food supply. As a young teenage girl, she helped the resistance during World War II by acting as a courier delivering messages from one resistance member to another.

After working in Hollywood, she became a goodwill ambassador for UNICEF. She raised awareness about children in need. For that, the Netherlands Flower Information Society named a white tulip species as Hepburn. It is her humanitarian work and service that makes Audrey Hepburn truly iconic.

The bravery in Angelina Jolie 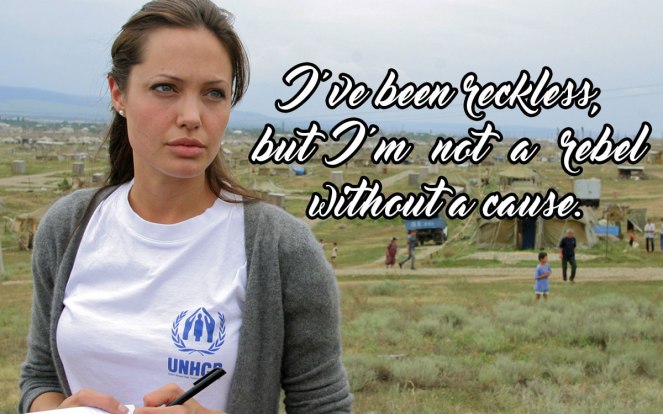 People may say that if they have the wealth and fame of Ange, they too can serve with UN and organize foundations. Would this claim be the same if their lives are on the line? I do not think so. That is why Angelina Jolie is one of the bravest women I have ever known. She has put her life on the line countless of times. I could not even count the times she spoke about her experiences of serving in camps and continuously exposing these causes to the world: abuse, AIDS & HIV, at-risk/disadvantaged youths, cancer, disaster relief, education, environment, gender equality, health, human rights, hunger, literacy, miscellaneous, peace, poverty, rape/sexual abuse, refugees, slavery & human trafficking, water, weapons reduction, and women. These are just some of the many causes she supports.

The epitome of womanhood that is Meryl Streep 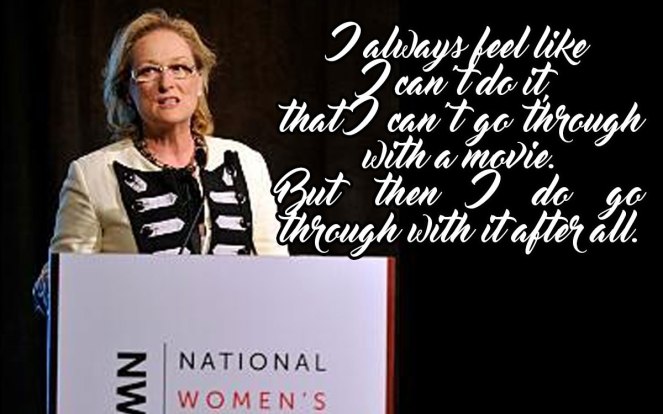 Known for her famous roles and stunning performances in movies such as The Devil Wears Prada, Mama Mia!, It’s Complicated, and Into the Woods, Meryl Streep is more than just an actress. She has been an active advocate of women since the beginning.

She made us see how it is to be a woman in different roles through her movies. Aside from this, she is a mom to four children as she flourishes her career in Hollywood. Whoever will say that career and family cannot work together surely has not seen Meryl Streep at work.

Off-screen, she pursues causes related to women such as abuse, rape/sexual abuse, slavery, and human trafficking to name a few. She serves as the National Women’s History Museum’s spokesperson, and she funds events for women. This year, she is funding The Writers Lab, a 4-day screenwriting retreat and development intensive seminar for women screenwriters above the age of 40, the second time around.

Who is the woman who inspires you the most? Comment below or drop me an email at mirriamdictionary@gmail.com.

6 thoughts on “3 Inspiring Women In Television”